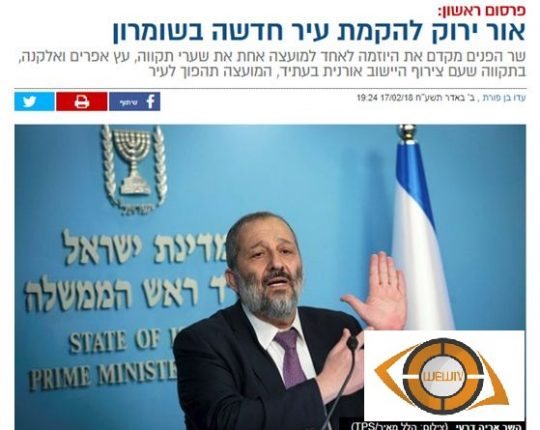 In the context of the settlement expansionist policy of the occupation government headed by Netanyahu, it was announced on Saturday evening, 17-2-2018, that Israeli Interior Minister, Aryeh Deri, gave the green light to establish a new settlement in Qalqilya area, in the north of the West Bank. 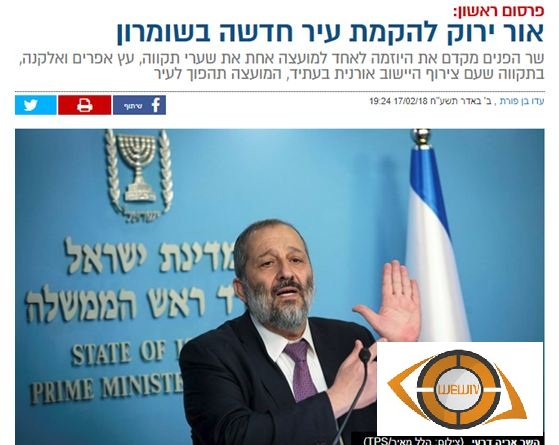 The initiative comes months after the Israeli government retreated from approving a plan to expand the area of Qalqiliya city, as the project was withdrawn and replaced by a project to establish a city for settlers.

The city will include, in its first phase, three settlements to the south-west of Qalqiliya city, with a population of more than 20,000 settlers by integrating four settlements. They are “Sha’arei Tikva”, “Itis Ephraim” and “Elkana” within a single regional settlement council. In the future, Oranit will be added to be a large city for settlers.

According to Deri, by 2023, this settlement bloc will be officially declared as a city in the West Bank.

Deri initiative is supported and approved by the heads of the settlement blocs included in annexation and integration. They believe that this will enable to use and exploit the Palestinian lands confiscated by the occupation for settlement expansion.