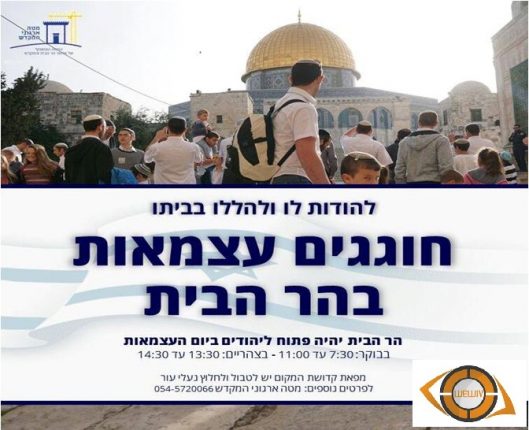 In continuation of violating Islamic sanctities adopted by Israel in the occupied city of Jerusalem, what is so-called the “General Assembly of movements of the Temple Mount” published a post calling Jews to celebrate the “70th Independence day of Israel” inside Al-Aqsa Mosque. 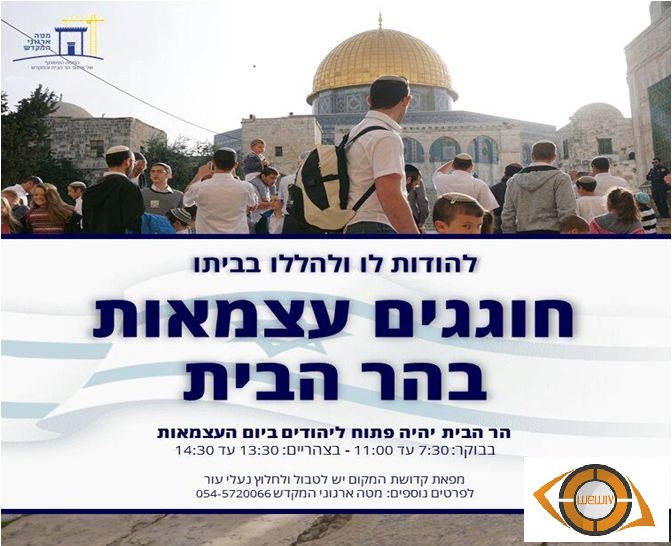