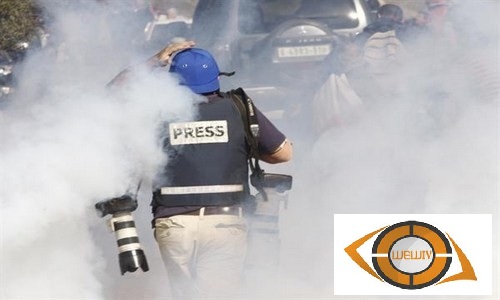 The Israeli occupation forces continued to target journalists working in Gaza Strip and the West Bank. On Friday, May 11, 2015, six journalists were wounded by live bullets and gas bombs, which deliberately launched where media crews working in local, Arab and international channels were present. Palestinian TV journalists were beaten and their equipment were damaged.

The Palestinian Journalists Syndicate said in a statement that “all these violations confirm the need for our journalists to be internationally protected”.