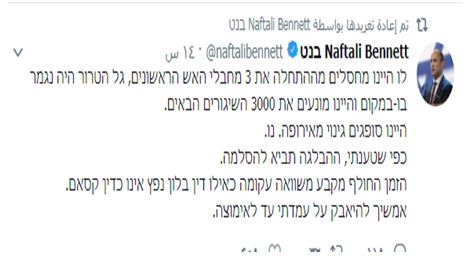 “If we had killed the first three saboteurs (those who launch incendiary balloons and planes), the wave of terrorism would have ended immediately, and we would have prevented 3000 launches. We had been condemned by Europe, but what followed … As I said earlier, self-control will lead to escalation, time is passing on and create an equation, it is to deal with the explosive balloon as if it is a Qassam rocket. I will continue to stick to my position until it is adopted.”