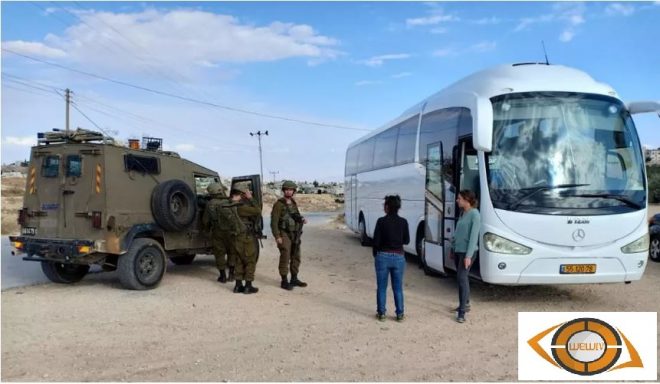 Haaretz Newspaper said that “Israeli Army, intercepted on Saturday 10-11-2018, dozens of left-wing American activists in the area “C”, and photographed their passports, and confiscated their equipment. These activists, being members of Fighters for Peace organization, visited the town of Jeb al-Deeb, south of Bethlehem, and helped Restoration of a Garden nearing a school. But while they were leaving, Israeli occupation detained them without any clear reason. 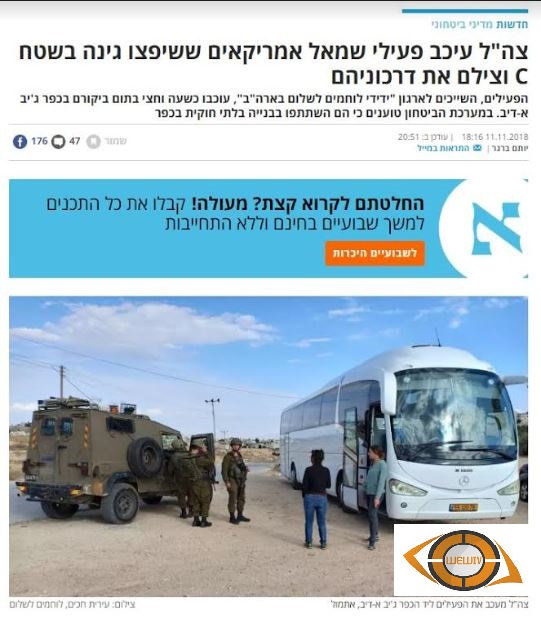 The head of the organization, Bat Shoman, said “We saw the soldiers when we arrived. We were two groups: Fighters for peace, and another group consisting of Israeli activists and Palestinians. We started preparing a garden for children. The soldiers were watching us from the hill on the other side. We played football and prepared Homos sandwiches. We ate together. It was a wonderful day”.

She added :When we arrived the bus after the meal, the soldiers stopped us at the junction, and got onboard carrying weapons, and said they will do a routine check. The check included photographing our passports”.

She also said “They behaved in disrespectful way and didn’t allow us to pass. We were delayed for an hour and a half. We felt they were ill-treating is deliberately “.