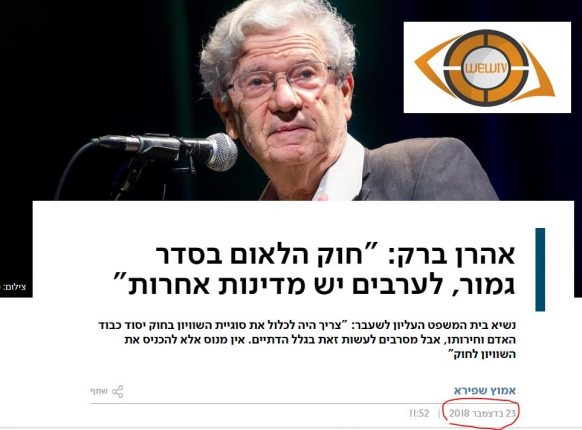 Ex Chief of Israeli Supreme Court: “Israel is for Jews .. Arabs Has Other Countries”

An expressing state of Israeli occupation discrimination and it judicial system, Ex Chief of Israeli Supreme Court, Ahroun Barak, said on Sunday 23-12-2018, during a speech in “Hamarkaz Hbentohmi” In Hirtzilia:

When this is the view of a Chief of Israeli Supreme Court in the occupation state, so how were his rulings against them?