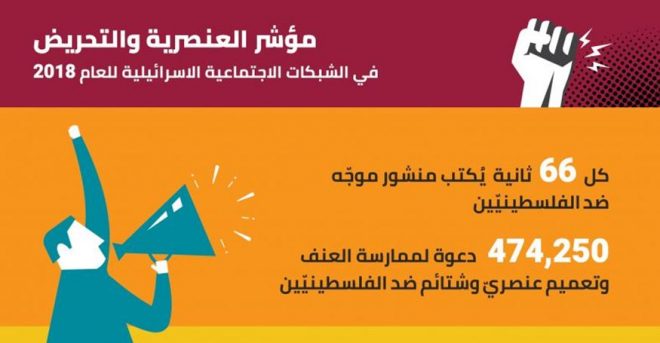 The indicator of incitement and racism in social media networks for 2018, prepared annually by “The Arab Center Campaign for Development of Social Media” , stated that there is an increase in the volume of racism and incitement via social media in 2017, and the peak in 2018 was during what is so-called “National Law”. 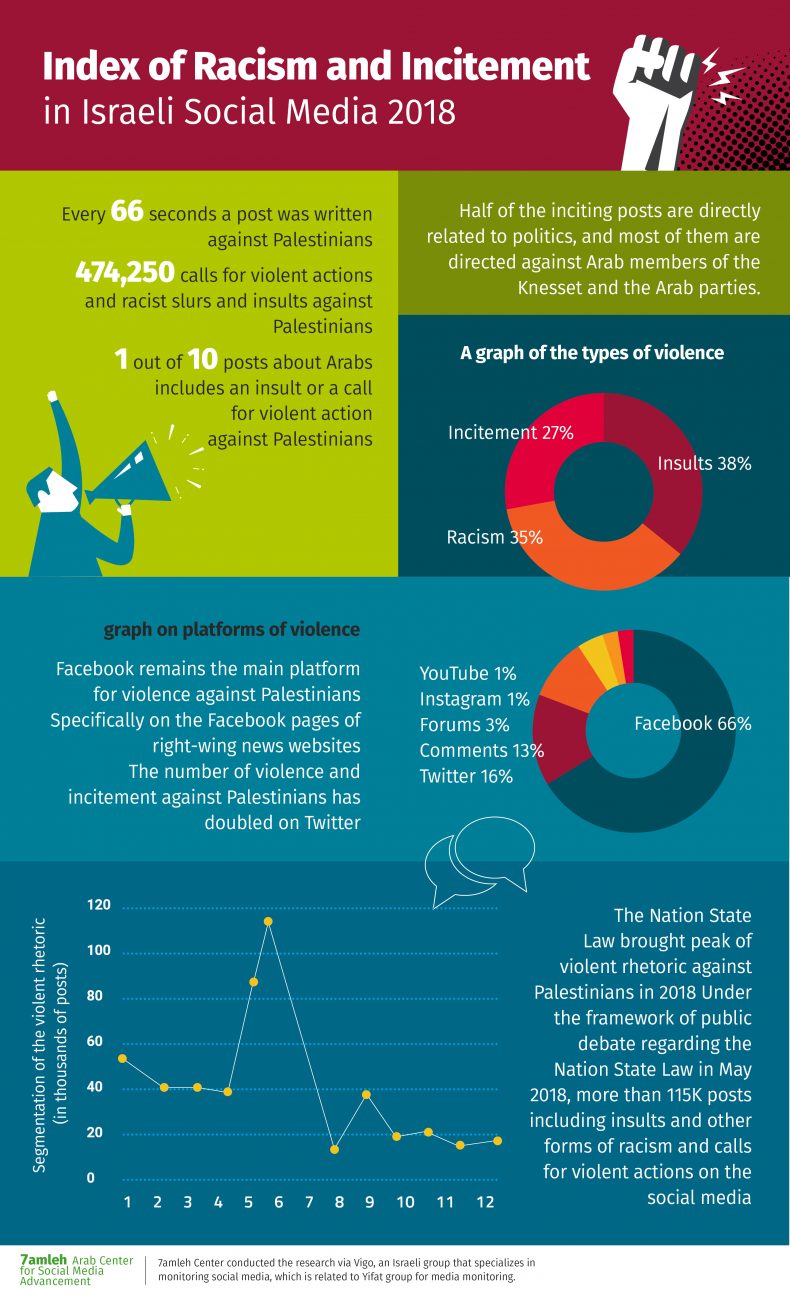