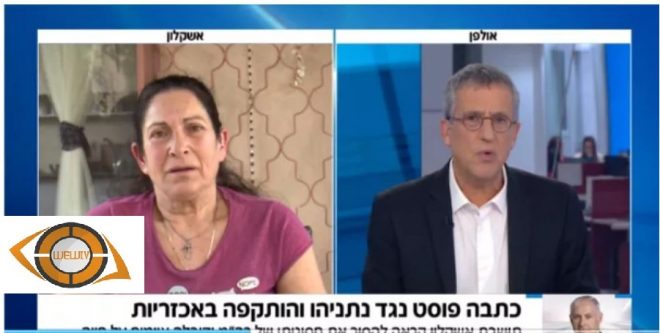 A State of False Democracy: for a publication against Netanyahu, an Israeli woman receives threats that enforced her to sell her house and travel abroad

According to Hebrew Channel 12: “Three days after the Israeli elections,” Renate Ofer, from Ashkelon, published a post on Facebook to demand to lift Netanyahu’s immunity for trial. 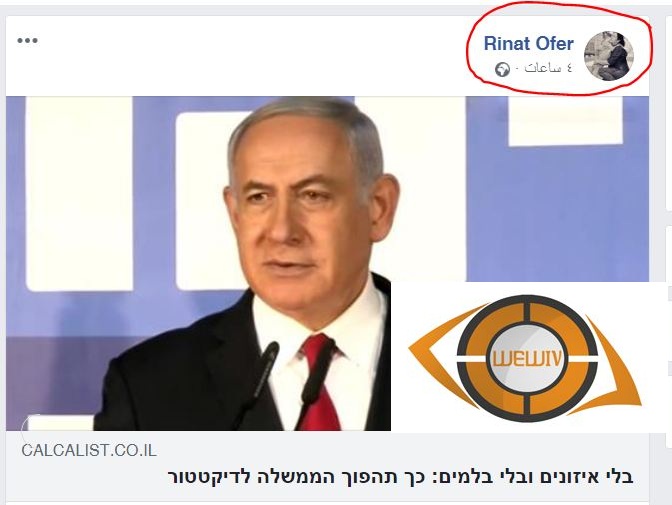 Responses arrived at once, she received a flood of abusive responses, it came to threats to her life that she fled abroad, “It’s hard to live here in the shadow of the incitement and hatred that everyone publishes against others,” she said in a televised interview with Ravi Reshef. She continued: “My life here is no longer a life, I received a lot of abusive comments.”

Renate Ofer said that her intention to leave the country, was not only because of the publication written about Netanyahu, but also for other reasons, in recent years it has become difficult to live in Israel because of incitement and hatred.