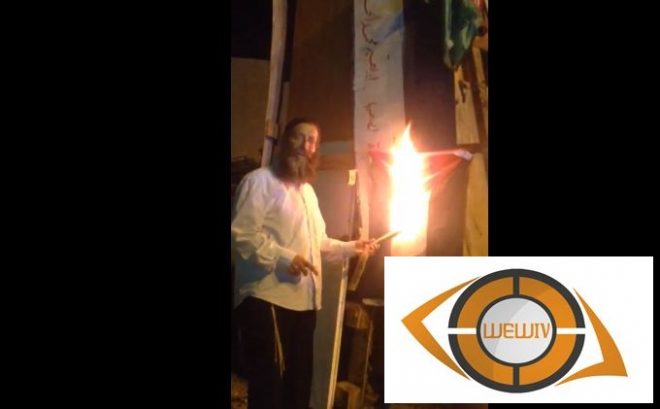 The extreme right-wing activist Baruch Marzel burned the Palestinian flag as part of a lighting fire ritual on the “Lag Ba’omer” festival celebrated by the Jews on 23-5-2019. Baruch Marzel said:

Throughout ages, on holidays; the people of Israel expressed their position on enemies in the way that this enemy deserves.”

The settler Baruch Marzel, a member of the Israeli radical right wing. He had played a prominent role in the establishment of several Israeli settlements. He had been a member of Meir Kahana’s right-wing Kach movement and moved to live in Hebron in 1984. He is still settling there.