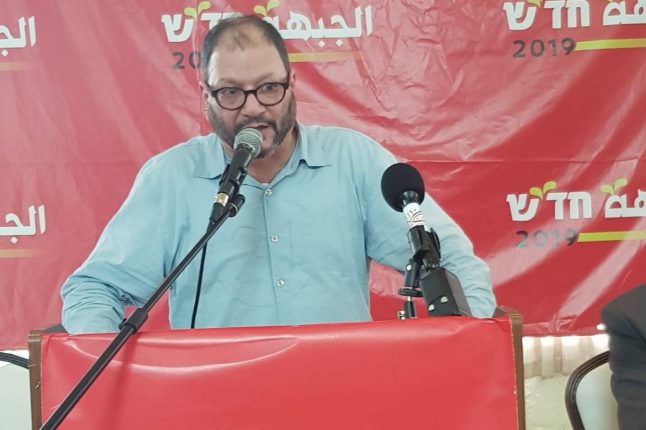 In a country that claims a fake democracy like Israel, being a member of parliament does not mean that you won’t be  attacked and assaulted by the police if you stand in the line of  anti-Zionism and occupation

Haaretz reported that MK Ofer Kassif (Joint List) was attacked on Friday 16-8-2019 by the Israeli police because he waved a Palestinian flag during a demonstration in the Sheikh Jarrah neighborhood of  East Jerusalem where  30 left activists and Palestinian residents took part. His parliamentary assistant was also beaten and arrested

Kassif was waving a flag when a policeman took it from his hand, and  when he and his parliamentary aide, Ariel Amar, tried to argue with the police – the police attacked them

I told them I was a member of the Knesset, but they didn’t let me show the card ” he said. “The police specialized in planting weapons in innocent homes had no problem in planting violence in a peaceful demonstration. If  they waited another 10 minutes, we would be apart. It was unnecessary and stupid

Ofer Kassif is a member of the Political Bureau of the Communist Party, and his stances against Zionism are supported by scientific analyzes. He was repeatedly chased  by settler gangs, who demanded kicking him out from the academy, as well as threats to his life.