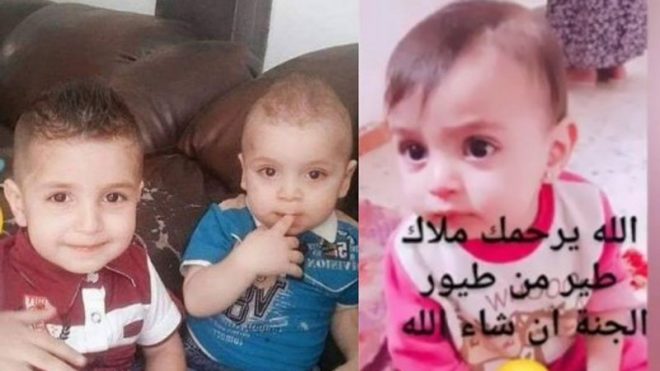 On Tuesday 5-3-2019, Al-Rajabi family lost three brother children (4 years, a year and a half, 4 years) during a fire that erupted in their house in the old city of Hebron, that was caused by Israeli soldiers who hindered fire trucks in Hebron from reaching their house on the right time.
According to Israeli media, investigation has revealed that Israeli occupation soldiers stopped fire trucks for minutes under the pretext of lacking coordination. Such minutes of delay were enough to cause this misery of losing three children in the burning house.

An appeal sent by lawyer Roni Belli from the Civil Rights Society stated to the discrimination between Jews and Muslims in the city, and wrote “In the street where those children lived and died, the fire truck was not able to reach the place to save them because soldiers refused to cooperate”.
Lawyer Roni Felly said that “there is no reason for such delay by soldiers which hindered the work of the fire truck. It is a tragic misery that was caused by indifference of the army that does not pay attention to the lives of Palestinians”.