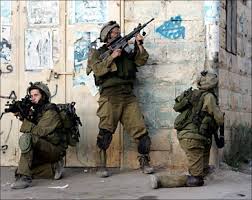 Ramallah – The Israeli forces injured a female Canadian solidarity and dozens of citizens and international activists with suffocation after the suppression of Bil’in weekly peaceful march against settlement and the annexation, expansion and apartheid wall. The Israeli soldiers shot rubber-coated metals, tear gas canisters and sound bombs towards the participants, and chased them in the olive groves, to end up with the arrest of the American solidarity Miko Peled (55 years), and the injury of the Canadian solidarity Kithleen (25 years), after being hit with a tear gas canister in her foot.

Qalqilia – Many citizens were wounded with various injuries because of being targeted by the occupation forces who shot rubber-coated metal bullets during the suppression of Kufr Qaddum weekly march.

Hebron – Two young men from Hebron city were wounded by gunfire during clashes that erupted with the occupation forces in the center of Hebron.

Hebron – Four citizens were injured with metal bullets, and dozens of people were fainted and suffocated during clashes at the entrance to Al-Fawwar camp.

Hebron – The youth Iyas Ghneimat, in his twenties, was injured with a live bullet, that pierced his foot, while another young man Yusef Ghneimat had his hand broken by settlers in the clashes that broke out between dozens of youths and Israeli soldiers and settlers near Surif town.

Settler gangs from the settlement of “Keryat Arba” located on Palestinian land east of Hebron, …