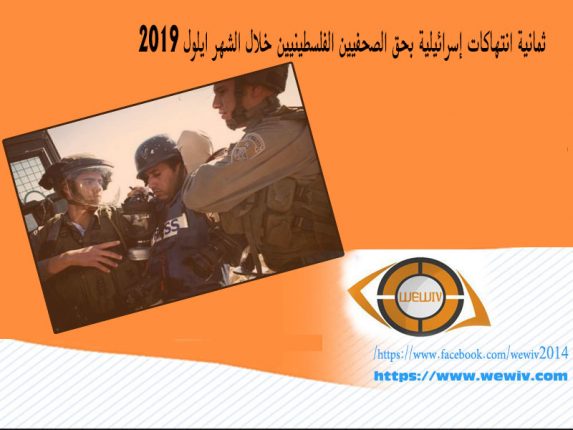 WAFA Agency said in its monthly report on Israeli violations against journalists, that Israeli army continues to deliberately target Palestinian journalists as part of a programmed policy, in order to limit their activities and their role in covering incidents and violations carried out by the occupation army against unarmed Palestinians.

The report pointed out that the number of journalists injured by rubber bullets and tear gas canisters and severe beatings, in addition to other attacks by the Israeli army, is up to six cases, and the number of arrests, detention and withdrawal of press cards amounted to two cases.

This is contradicted to all international laws and legislations that protect journalists, such as the UNESCO Resolution No. 29 “Condemning Violence against Journalists” on 12 November 1997 and the Medellín Declaration “Securing the Safety of Journalists and Combating Impunity”, stated by UNESCO on 4 May 2007.