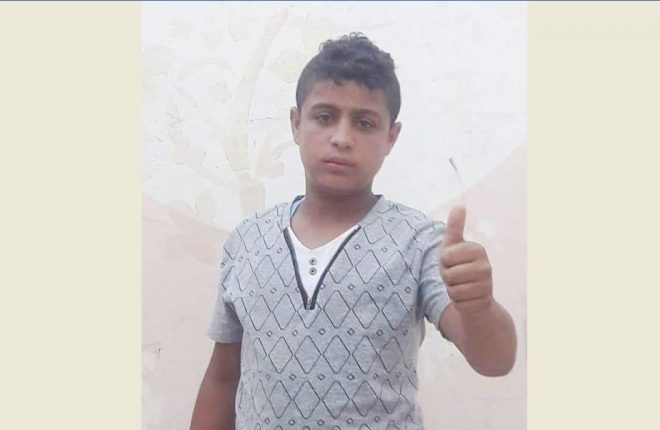 In light of the continuous violations against human rights of Palestinians by the Occupations’ army and military courts, the case of Givati-brigades soldier, who shot dead a 15-year-old Palestinian child Othman Rami Heles in 13 of July 2018, came to the surface. This murder took place during a demonstration near Karni crossing, east of Gaza.

Although the soldier confessed killing the Palestinian boy, sources in Israeli army claimed that there was no evidence of causal link between the shooting and the death of the boy Othman Heles.

However, the Israeli supreme court issued a verdict ruling that the aforementioned solider must serve in the social service for 30 days, while banning any other details from public. This verdict was issued although the soldier shot dead a boy who didn’t form any risk against his life.

Recently, the  public prosecutor of the International Criminal Court, Bato Bansoda, announced a progress in the initial investigation to decide of an investigation about Gaza events would be opened. 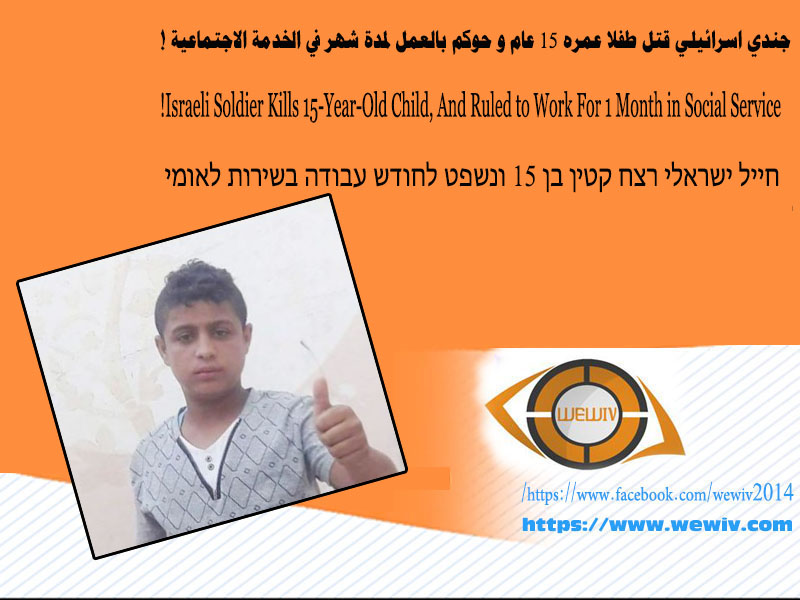