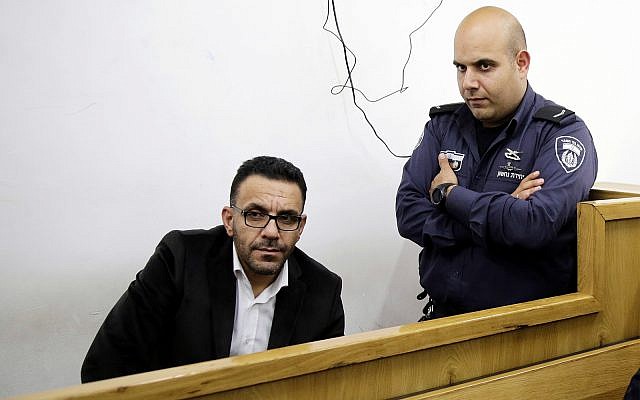 In a new violation against all international norms, and in unprecedented step, Israeli Internal Security minister, Jilad Ardan, decided to prevent Jerusalem governor of the PA, Adnan Ghayth, from pursuing his job or any activities on behalf of the Palestinian Authority on East Jerusalem. According to the notice delivered to the governor Ghayth, he is prevented from holding any meeting or activities or conferences relate to the Palestinian Authority.

The minister Ardan issued this order at the recommendation of Shabak and police, while approved by the ministry of Justice. Sources in the Internal Security ministry said that Ardan was briefed on an “intelligence information” relating between Ghayth and Palestinian Authority activities in Israel.

Ghayth;s lawyer, Rami Othman, said that such a step violates his client’s rights, stating that “How it comes that they prevent a person from meeting people, or speaking with people? this is unprecedented. talking about a person serves a governor of Jerusalem  acting on behalf of the PA returns back to 1994”.

It is worth mentioning that Ghayth was appointed in this position since a year. Since then, he was arrested by the occupation state forces 7 times.