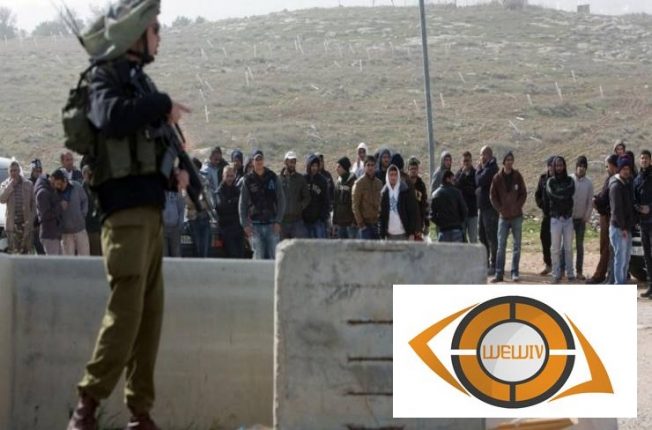 B’Tselem report said that is has documented more than 10 incidents, in which Israeli occupation soldiers shot metal, rubber and live bullets toward Palestinian workers’ legs while trying to reach their places of work inside Israel. These incidents took place between October and December of 2019.

The report added that at least 17 Palestinian workers where shot by live bullets, as well as a worker shot by runner bullets in his upper body. All of these incidents took place in Tulkarm.

The report added that occupation forces don’t deny that there are Israeli soldiers who shoot workers who don’t impose any risk – this was seen by a comment from a spokesperson of IOF about a press report about this subject, during which he tried to justify shooting fire under the pretext of preventing damaging the Separation Wall.

Finally, the report said that it is not clear why the decision to shoot Palestinian worker had been taken in this time! It is also not clear who took such a decision! but it is clear that shooting legs of a person without imposing any risk is really anti-law action. Such violation is actually blatant specially when implemented deliberately, whereas soldiers plan for ambushes against workers on purpose of shooting them.