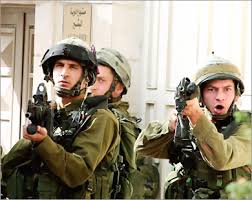 The youngster Mohammad Yousef Salatneh 21-year-old was injured by Israeli live bullets, while others suffered suffocation injuries during clashes with the Israeli soldiers in Jabaa village.

A settler severely beat up the teenager Mosaab Hatem Bahees from Yatta.

Abdullah Musa Essa Tarayrwh 21-year-old was injured during clashes with IOF in Bani Nueem to the east of Hebron.