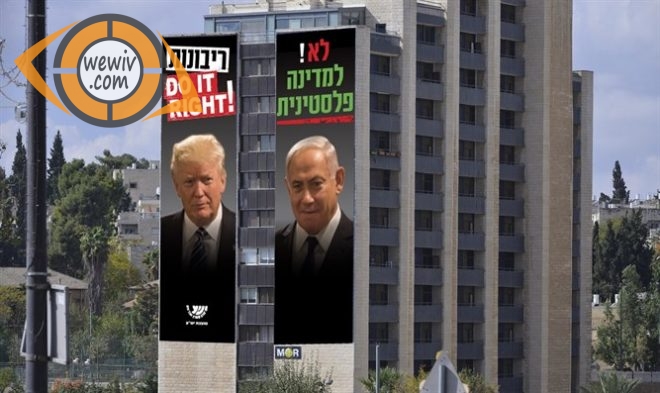 What is so-called “Yesha” settlement council has initiated a hostile “community campaign” carrying the two slogans “No to a Palestinian state” and “Sovereignty – Do it right”.

The campaign included large posters, banners, events and digital campaigns on social media that aim to promote implementation of Israeli sovereignty on  settlements without recognizing a Palestinian state, and without freezing settlements, and without having any isolated settlements.

Heads of settlement councils in the West Bank indicate that the main message of the said campaign is that “the right sovereignty can be achieved by the right, not the left”.

Among the banners is a picture for US president Donald Trump and Israeli prime minister Benjamin Netanyahu, with a statement of “No to a Palestinian state”. 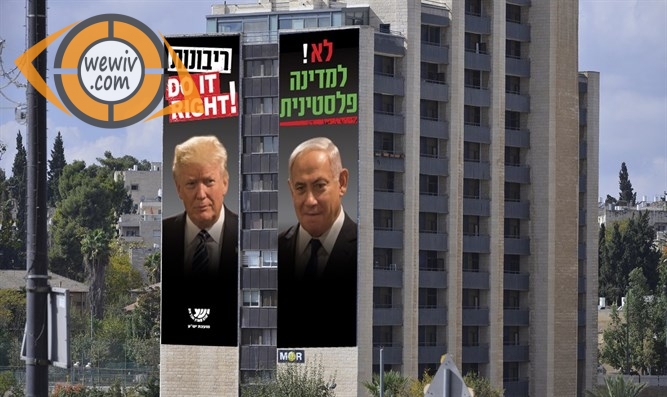 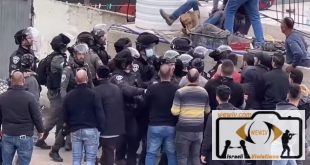