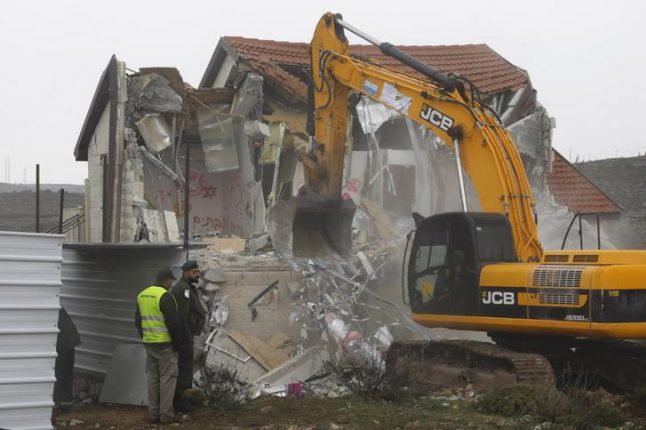 The occupation demolishes 52 Palestinian houses within two weeks, and 200 families face the danger of displacement

A report issued by the United Nations Office for the Coordination of Humanitarian Affairs (OCHA) says that the Israeli occupation authorities demolished and confiscated 52 Palestinian houses within two weeks in the West Bank and East Jerusalem.

The report stated, “Israel has demolished and confiscated 52 Palestinian houses.” And that “the house demolitions led to the displacement of 67 Palestinians and damage to about 860 others, during the period between November 24, 2020 and December 7, 2020.” The demolition and confiscation operations included 49 houses in the West Bank and 3 in East Jerusalem.

On November 5, 2020, the United Nations said that the Israeli authorities had demolished 689 Palestinian buildings throughout the occupied West Bank, including East Jerusalem, since the beginning of 2020.

Yvonne Healy, the interim humanitarian coordinator in the occupied Palestinian territory, said then in a statement that the demolitions had displaced 869 Palestinians and left them homeless.

The Palestinian National Information Center (governmental) says that the number of homes demolished since Israel’s occupation of Jerusalem in 1967 has reached more than 1,900.

The European Union announced in a joint statement issued by representatives of the Union countries in the occupied Palestinian territories, that 200 Palestinian families face the danger of evacuating their homes in occupied Jerusalem for the benefit of settlers, calling on Israel to cancel the eviction orders.