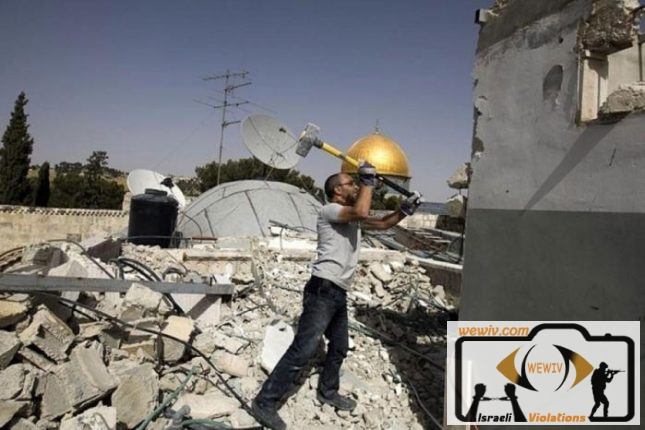 In continuation of the policy of targeting the Palestinian presence in occupied Jerusalem, the Israeli occupation municipality enforced (al-Khalis) Palestinian Jerusalemite family to forcibly demolish their two apartments in Silwan town, south of Al-Aqsa Mosque.

The family began carrying on the self-demolition decision, in order to avoid paying a new fine of 300,000 shekels, pointing out that the two apartments belong to the two brothers Muhammad and Mahmoud al-Khalis.

Before demolishing, Mahmoud, his wife, 5 children, his brother Muhammad, his wife, and 3 children were living in the building, and each apartment measures 90 square meters.