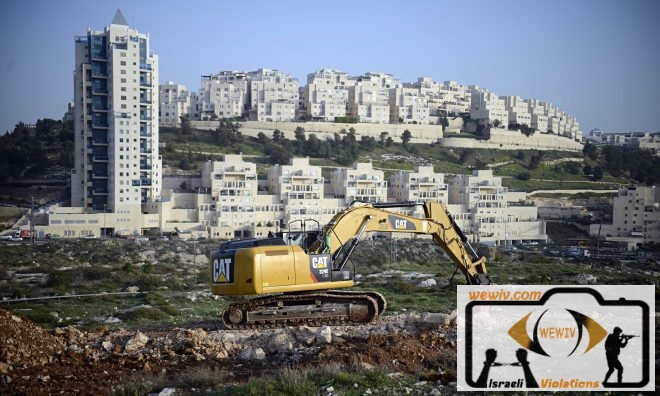 In the context of the occupation policy of Judaization of the occupied Jerusalem, occupation municipality in Jerusalem announced that it has approved a huge plan to build 8300 settlement units and towers for administrative and technical functions in the GREEN AREA extended from the lands of Beet Safafa – Baqaa – Telbyout until the town of Al-Waljah.

This plan aims to remove the green line between the east and west areas of Jerusalem, south to the city. Planning and Construction Committee in the occupation municipality had introduced on Friday a plan under the title of “New Main Plan” that will change the civilian borders and extend borders of the “Telbyot Industrial Area”.

It added that “the goal is to be achieved within the year of 2040, whereas the industrial area will change into a commercial and residential area”.

The main plan includes increasing construction in the area (5 Kilo Meters) while establishing towers of 30 floors, as well as 8300 new settlement units.

According to the occupation municipality plan, the work will start in early 2021 and will end in 2040.