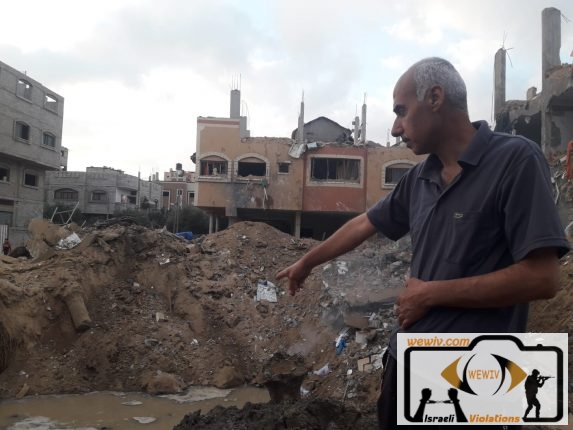 B’Tselem: Israel is Committing War Crimes in the Gaza Strip

Violence practiced against the Palestinians – in the Gaza Strip, the West Bank (including East Jerusalem) and within the Green Line – produces a picture that is unprecedented in terms of killings, destruction, violence and intimidation.

Ever since the military campaign called “Guardian of the Walls” began, Israel has bombed and shelled civilian population centers and residential buildings, including high-rises housing dozens of families. The UN estimates that more than 10,000 Palestinians have left their homes and sought shelter in 29 UNRWA schools. Israel has reportedly caused massive damage to businesses, electricity and water infrastructure, roads and farmland. Three hospitals have reportedly been damaged: the hospital in Beit Hanoun, the Indonesian Hospital and the Hala a-Shawa Medical Center.

Palestinians in the Gaza Strip have nowhere to run to hide from the strikes. Tens of thousands of families cannot protect themselves.

In this claim, Israel is ignoring an essential matter – that the residential towers mustn’t be targeted for two reasons:

First, their resident are civilians

Israel is boasting of the hundreds of bombs raining down on Gaza, and this is horrifically not part of a new policy. Israel bombs the Gaza Strip from time to time, at varying degrees of intensity, killing people and damaging civilian property and infrastructure.