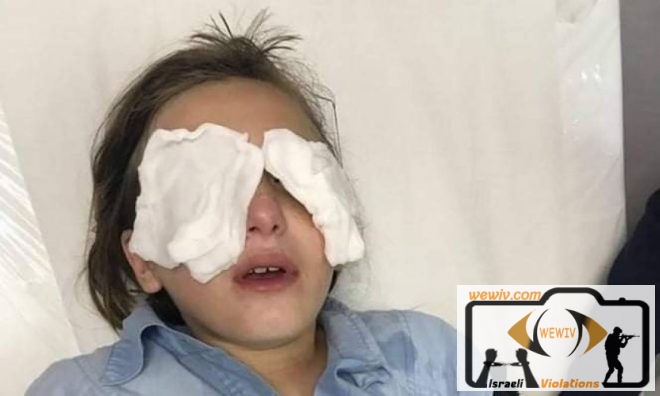 In the context of the continues Israeli settler crimes, 4 Palestinian girls (12 – 14 years) were wounded in the face and the eyes after a settler sprayed them with pepper gas in the area of Sheikj Jarrah, before he escaped.

The minor girls were training on the Palestinian Dabka, and came to the area to their friends, but the terrorist settler who forcibly took over Al-Ghawi house in Sheikh Jarrah attacked them.

After a while, guys gathered in the area in order to help the girls, and informed the occupation police with what the settler did. But the paradox is that the police arrested two Palestinian guys in the place and allowed the settler to escape. In the policy of the occupation state, the victim is prosecuted legally and the criminal is left free to implement new crimes.