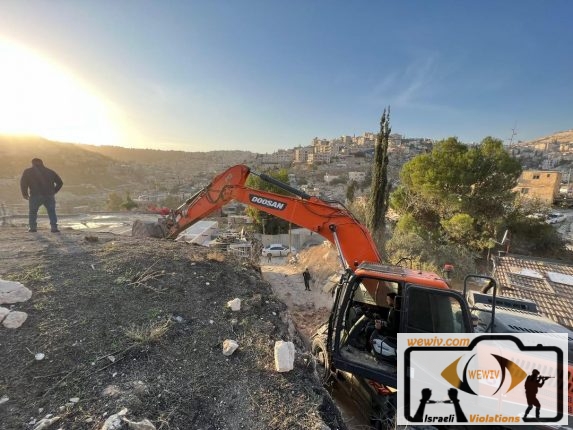 In Pictures: The occupation forces a family from Jerusalem to demolish its own home in Silwan and displaced twenty of its members

Occupied Jerusalem – Today, Saturday, 11-12-2021, the Israeli occupation authorities forced a family from Jerusalem to demolish its own home in Silwan, south of Al-Aqsa Mosque. This crime, which leaves entire families in the open and cold of winter,  and scatters a ten-year-old child who used to feel safety in his family’s home, also he was forced  to participate with his family in demolishing their house, and with every hammer blow he felt the magnitude of injustice and bitterness. 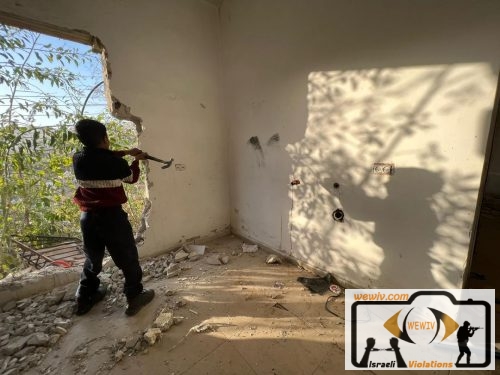 The Nassar family was forced to demolish its  own house consisting of three apartments, inhabited by three families, consisting of twenty people, in the Wadi Qaddoum neighborhood in Silwan town, south of  Al-Aqsa Mosque, in order to avoid the heavy fines imposed by the occupation authorities if the house  was demolished by the occupation municipality bulldozers in Jerusalem, which may reach up to tens of thousands of shekels. 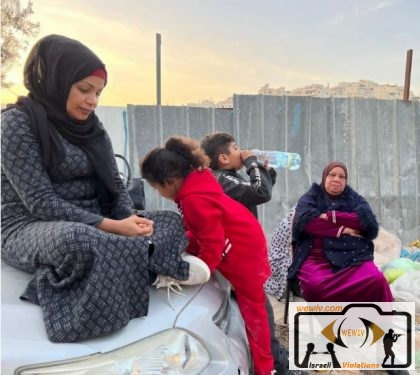 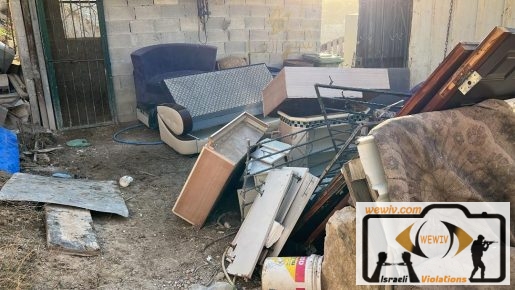 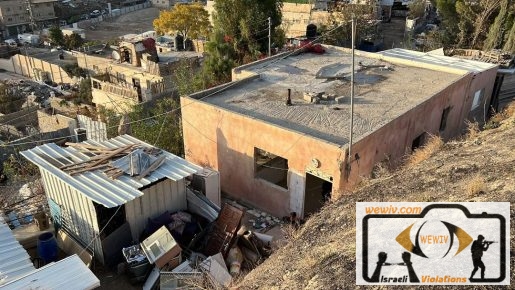 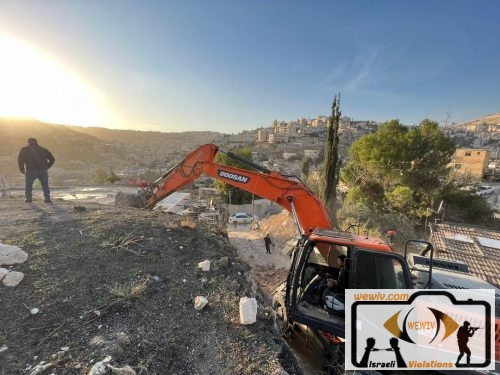