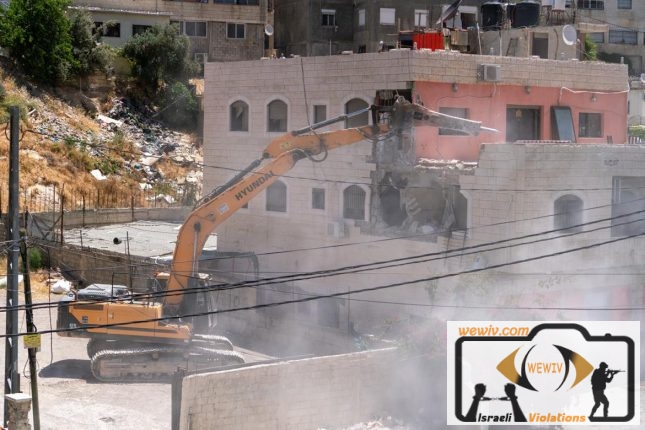 Occupied Jerusalem 10-5-2022 Palestinian Ministry of Foreign Affairs has condemned the brutal crime committed by the Israeli occupation in the town of Silwan in the occupied Jerusalem who demolished the Rajabi Family’s building in Silwan.

The ministry issued today, Tuesday, a statement condemning the crime, considering it as a war crime against humanity in its worst colonial racial forms, leading to displacement of more than 40 citizens including elderly and children, and as a part of racial cleansing committed against Jerusalem citizens in order to displace them forcibly from their holy city, aiming to continue Judaization of Jerusalem and displace Palestinian citizens from Jerusalem and to annex the city to the state of the occupation.

A Direct Victim of the Occupation

The ministry said that the Israeli government led by Benet shall bear full responsibility of this crime and other crimes including demolition of buildings and racial cleansing and Judaization of holy places as well as apartheid. The ministry said that the Al-Rajbi family and its building are a direct victim, not only of the occupying power, but also of double international standards, the failure of the UN Security Council, and the silence of the International Criminal Court in assuming their legal and moral responsibilities regarding the crimes of occupation and settlement.