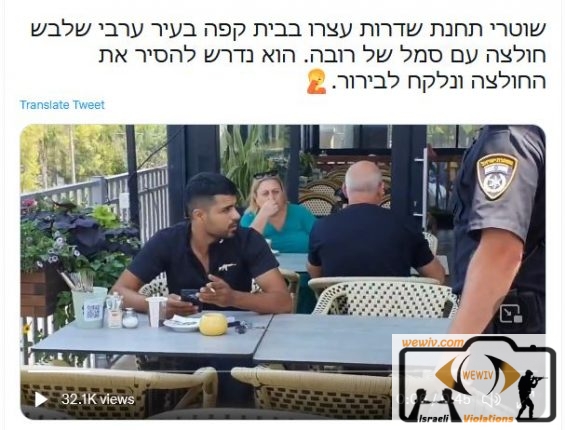 One-eyed Occupation that Sees with Only One Eye

A video documenting occupation policemen in Sderot arresting an Arab man in a cafe shop wearing a shirt with a rifle symbol. He was asked to take off his shirt then was handcuffed and taken into interrogation.

In return, The one-eyed occupation doesn’t see such a picture for Jewish settlers in the occupied Jerusalem wearing shirts with rifles, they are not asked to take off their shirts and not arrested.