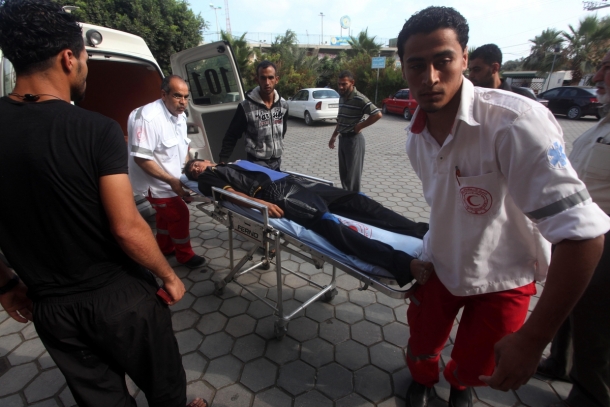 Ramallah- The occupation forces suppressed a group of boys in Beitunia resulting in the injury of both Saif Hassan Subhi Harish and Mahmoud Abdul-Malik Abu Ghosh.

Hebron – The occupation forces suppressed a peaceful march that launched in the village of Susiya, south east of Yatta town, to demand the removal of settlements and the apartheid wall and a number of tents erected by the settlers on the territory of the village. The Israeli soldiers attacked the participants and abused them with racist statements, prevented them from approaching the area and attacked them with batons and rifle butts; that caused several injuries among citizens.