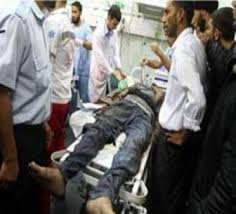 Jerusalem – The Israeli forces suppressed a group of boys on Shuafat crossing, which led to various casualties among the youths.

Jerusalem- The occupation forces suppressed a number of citizens in Bab as-Silsila neighborhood in old Jerusalem, At-Tur town and Shu’fat refugee camp. The troops used rubber bullets and stun grenades to disperse the youths, and arrested four youths, known of them the youth Hamza Khalaf who was wounded in the head after he was attacked by the troops, and the youth Muhammad Sharha and two of his relatives. In At-Tur town the troops arrested the boy Ibrahim Al-Hidrih during clashes in the town.

Ramallah – The youth Hussein Rashad Jabr, 27 years, from A’aboud village, was injured while he was on his land due to a mysterious explosion, it is believed to be the remnants of the occupation army.

Salfeit – The Israeli occupation forces stormed Salfit and drove their patrols in the middle of Ad-Dakhiliyya street which is crowded with citizens, that led to clashes between Israeli forces and the youths resulted in the injury of a number of citizens with suffocation, including the journalist Khaled Ma’ali when he was covering the clashes.

Salfeit- The occupation forces attacked Salfit schools and students when they stormed their squares and launched tear gas and stun grenades throughout the squares, which led to the injury of a number of students with panic and suffocation. 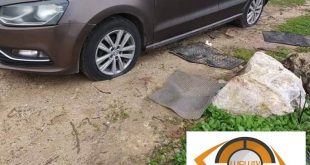