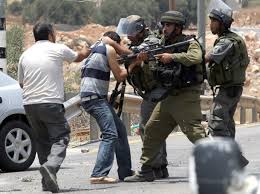 Nablus- Israeli occupation forces raided the neighborhood of Maajeen in Nablus and stormed a house belonging to Abed al-Jabar Dwekat and arrested his son Adel 26-year-old.