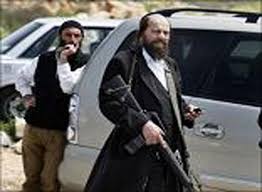 Jerusalem- Settlers beaten the citizen Islam Mazen Obeid 25-year-old in the town of Dir Yaseen to the west of Jerusalem. He suffered fractures and contusions in the neck and the back.

Jerusalem- An Israeli settler ran over the child Khamees Ahmad Kiswani in Jerusalem.

Jenin- A vehicle carrying settlers ran over three Palestinians, two of them were identified as Nour Hasan Salem 23-year-old and his cousin Kayed Salem 27-year-old.

when Israel continues using  brutal  force, and  where there is no  firing regulations abided  by …