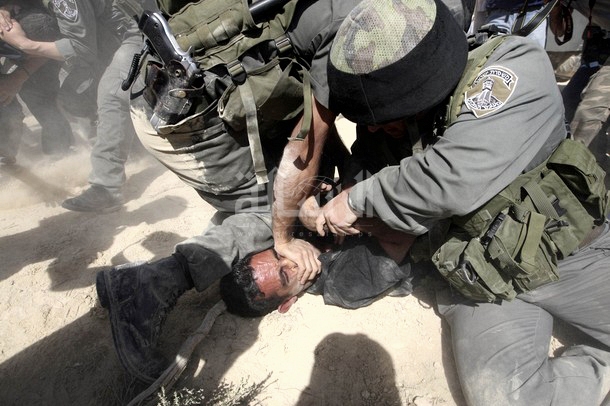 Jerusalem – The occupation forces suppressed a group of boys in the areas of Bab Hutta, At-Tour and Jabel Al-Mukaber.

Ramallah- Six young men were wounded with rubber-coated metal bullets, and dozens of youths suffered from suffocation due to inhaling large amounts of tear gas during clashes that erupted between Palestinian youths and Israeli forces in Beitillu town, west of Ramallah. The clashes erupted after the occupation forces closed the entrances to the town completely since Friday evening, preventing people from entering or leaving the town.

Hebron – The occupation forces suppressed a peaceful sit-in organized by the residents of As-Shuhada Street in Hebron against the continued closure of the street for 9 days. The occupation forces fired sound and tear gas canisters at the demonstrators in front of the entrance of As-Shuhada Street, which led to dozens of cases of suffocation, and prevented participants from reaching the street.