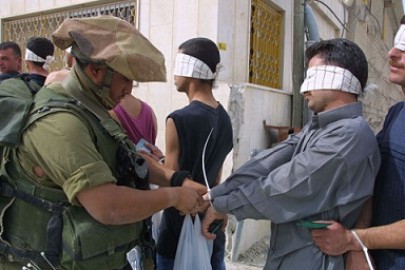 Jerusalem- Israeli occupation forces raided the neighborhood of Ras al-Amoud in the town of Silwan and arrested 3 members of one family: Zaed, Yazan and Rami Najdi. Soldiers also stormed the Shufat refugee camp and the old city of Jerusalem before breaking into a house belonging to Mohammed al-Atrash, arresting him and confiscating his PC.

Jerusalem- Israeli occupation forces arrested 3 members of the family of the detainee Omar Ibrahim Abasi during a session held in the Israeli central court of Jerusalem: Ali Ibrahim Abasi 25-year-old, his uncle Ali Abasi and his relative Emad mHanna 27-year-old.