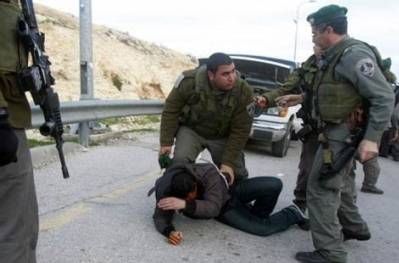 • Israeli forces arrested the youth Ahmad Eid Barakat after storminf his house in the town of Nabi Samweel to the north western of Jerusalem. Soldiers stormed his house and searched it before arresting his son 22-year-old and sending him into unknown destination.

• Israeli forces arrested Mohammed Hasan Hamamreh 18-year-old after storming his house in the town of Housan to the west of Bethlehem.

• Israeli forces arrested the two brothers Ali 34-year-old and Alaa Nafe’ Shafi 24-year-old from the town of al-Araqa to the west of Jenin.