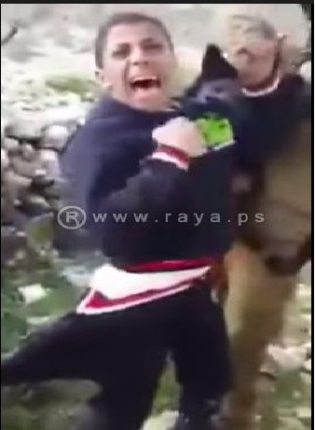 There is an obvious increase in using wild dogs during arrests and storming homes in the West Bank. The Israeli soldiers launch their dogs on the Palestinians, specifically children, to snap their flesh before arresting them. The boy Hamza Abu Hashim, 16 years, from Beit Ummar village, north of Hebron, living in a difficult psychological and health condition after he was arrested for three months, and assaulting him by sniffer dogs, which appeared snapping his body. The Israeli human rights “B’Tselem”, confirmed that the Israeli soldiers launch the dogs to attack Palestinians as a part of the official Israeli policy, saying that launching the dogs to attack humans is a horrific and terrifying way, and unacceptable morally and legally.