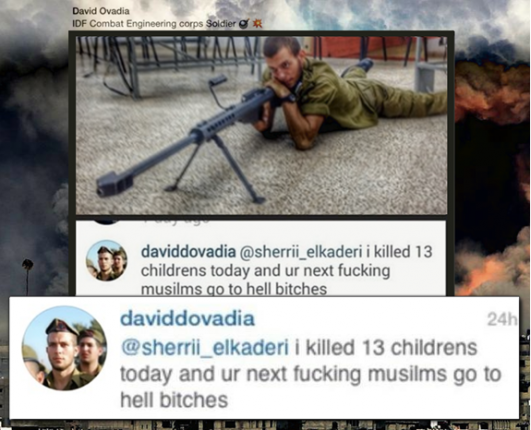 The image was quickly screen captured in case Ovadia came to his senses and realized that he could be prosecuted for his admission of war crimes. It is unclear and perhaps unlikely that the Barrett was used in the commission of such crimes, as this weapon is usually reserved for the best of the best marksmen. In any event, Ovadia is in active deployment and openly confesses to killing Gazan civilian children. While not specifying what weapon he used, the posting of himself with the .50 caliber rifle was obviously meant to be visually intimidating to Palestinians.