Qalqilia: The child Mohammed Bashar (13 years), was injured with a rubber-coated metal bullet in the head, on Friday, when the Israeli occupation forces suppressed Kafr Qaddum peaceful weekly march that claims to open the village street that has been closed for 13 years.
Tulkarem: The citizens Hatem As-Sharif and Abdul Karim A’twa were injured with bullets of the Israeli occupation near the fence built on Deir Al-Ghosoun lands, north of Tulkarem. The sources reported that As-Sharif was injured in his waist and had a surgery at Thabet Thabet Hospital and A’twa was wounded in his hand, both of them were injured with live ammunition. 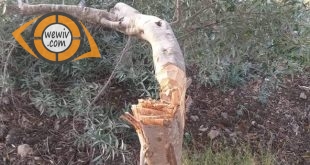 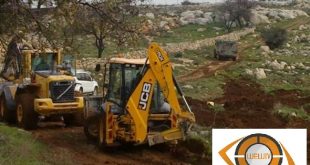 Sunday 8-12-2019 The Israeli occupation bulldozers levelled 27 dunums near “Qarni Shomron” settlement, which is …