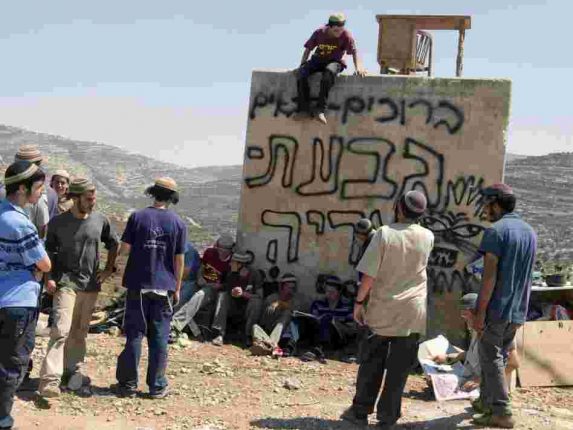 “Rebellion” Secret Jewish Organization Responsible for the attacks on Palestinians

Israeli General Security Service (Shin Bet) revealed about a secret Jewish organization called “rebellion” which was behind the terrorist attacks, such as the burning Palestinian homes, mosques and churches, including the Church of Loaves and Fishes in Tiberias.
The Hebrew “Yediot Ahronot” reported on Friday 07.08.2015, depending on the investigators of the intelligence service and the Israeli police, that the members of the organization became supporting the killing of Palestinians by burning of their homes, as they refused that in the past, and the limited their attacks just to burn mosques, churches and crops Palestinians.