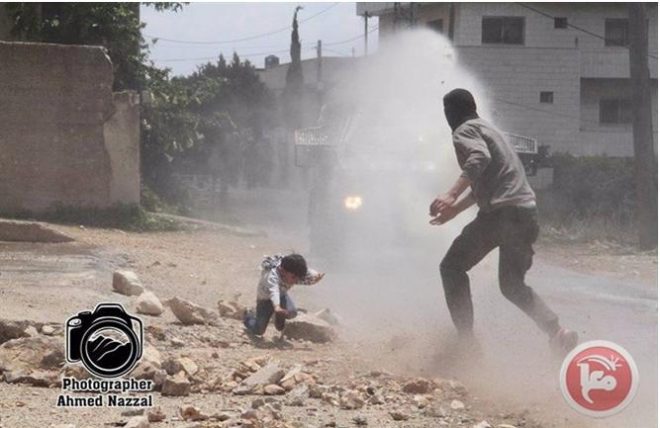 Hebron: The Israeli occupation forces attacked the activists and priests who took part in a peaceful march organized by the Popular Committees against the Barrier and settlement south of the West Bank on Saturday. The march called for the protection of Al-Baraka House against Judaization.
Ramallah: Dozens of people were injured with suffocation when the Israeli forces suppressed Bil’in peaceful weekly march, on Friday, as the Israeli soldiers launched gas bombs, and fired metal rubber-coated bullets to disperse the march, which was launched to condemn the confiscation of land, and to demand to return the lands confiscated by the occupation in favor of the apartheid barrier.