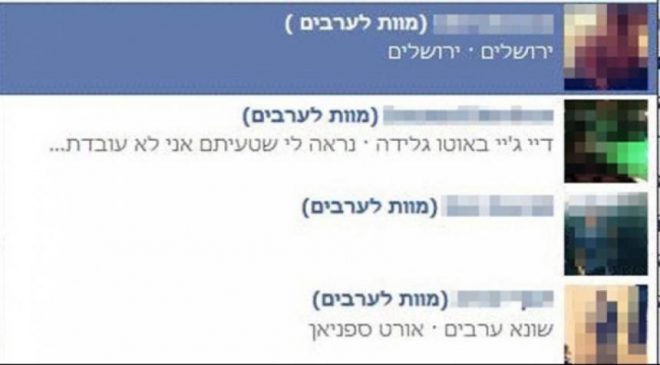 Data, prepared by Israeli specialized centers, and published on the site of “Maariv” Hebrew newspaper on Saturday morning, revealed that the social networks in Israel have provocative tweets against Arab population inside Israel every six minutes, and every 27 minutes have calls for violence against them.
According to the same data, more than half of tweets launched by right-wing activists belonging to “Lahava” extremist organization, they use Facebook, Twitter and Instagram for incitement against Arab populations.
The data indicate that the most common tweets are: (Death to Arabs – burn churches), in reference to the call launched by the leader of “Lahava Organization” Bentzi Jobstein, two years ago, and he repeated them more than once during his stay in Jerusalem and Hebron to burn Christian churches.