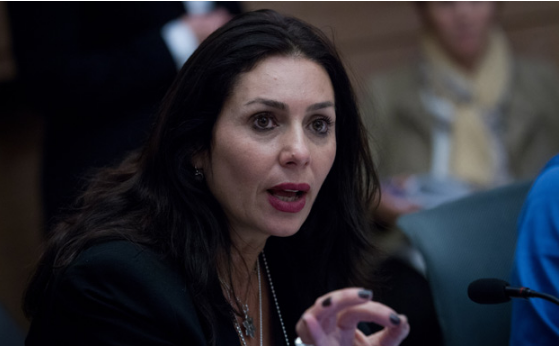 Israeli cultural institutions received a form from the government on Monday asking them to state whether they had or hadn’t offered performances last year in the Negev, the Galilee or West Bank settlements.
The form was sent to theaters, orchestras and dance troupes by the Pilat company’s Center for Cultural Information and Research, which collects data from cultural institutions for the Culture and Sports Ministry.
The form is related to new funding criteria instituted by Culture and Sports Minister Miri Regev in April. Under these criteria, institutions that offer no performances in the settlements, the Negev or the Galilee will suffer a 33 percent cut in their government funding. Moreover, performances in the settlements will earn an institution a 10-percent bonus.
The information obtained from this form is slated to be used in funding allocations for the current year, unless the High Court of Justice rules otherwise. Next Monday, the court will hear a petition by the Cultural Institutions Forum against making the new criteria retroactive to January 1.
Even though the new criteria were published two months ago, some directors of cultural institutions were outraged by the form, which they are supposed to fill out and return by July 16.
Choreographer Noa Dar, founder and director of the eponymous dance group, said that being forced to state whether or not her troupe performed in these locales “is essentially a demand to tie my political opinions and my conscience to ministry funding. This is an anti-democratic act.

“This infringes on a key democratic idea; it isn’t a technical matter,” she continued. “The state should support everyone based on egalitarian criteria, not based on the grantees’ political opinions.”
Regev responded that she will not allow cultural institutions to boycott certain locales. “The Culture Ministry’s budget will encourage cultural justice and reduce social gaps,” she said. “The revolution I announced on the day I entered office is coming to fruition; the changes have reached the field.”
Also on Monday, the state submitted its response to the High Court petition.
The petition had argued that under the Budget Foundations Law, new funding criteria can be applied only starting on January 1 of the year after they are published – in this case, January 1, 2017. It also argued that cultural institutions made plans for this year based on the amount of money they expected to receive under the old criteria, and some will therefore suffer economic damage if the new criteria are used.
The state’s brief asked the court to dismiss the petition on the grounds that the new criteria have already entered into force. It also argued that the institutions knew about Regev’s plan to alter the criteria well in advance.
Moreover, the new rules protect them against sudden funding cuts by promising that no institution will receive less in 2016 than it did in 2015, thereby ensuring that they have time to adapt to the new criteria. Thus no institution would be hurt by applying the new rules this year, the brief said.
However, several institutions would likely receive significant budget increases this year if the new rules are applied, the brief noted. Thus if implementation is postponed until next year, those institutions actually would suffer harm, it argued.
But attorney Yonatan Berman, who filed the petition on the forum’s behalf, rejected the claim that the rules provide “100 percent protection” against funding cuts in 2016. Making the new criteria retroactive to January 1 still gives the institutions a year less to prepare for the change than they would have if implementation started next year, and that is liable to result in economic harm, he said.