A Defense Ministry proposal to move a checkpoint in southern Jerusalem to a different location would cut off West Bank Palestinians from a spring which they use regularly to provide water to their livestock.
The ministry is considering the move in order to make the spring, Ein Haniya, which is being turned into a tourism attraction, more accessible to Israelis.
Ein Haniya, which produces more water than any spring in the Judean Hills other than the Gihon spring, is on a road leading from Jerusalem to the settlement of Har Gilo and the West Bank Palestinian village of Al-Walaja. The site contains two deep, clear pools of water.

Residents of Al-Walaja use the site for recreation, bathing and providing water to their livestock. West Bank Palestinian families from further afield, including Beit Jala and Bethlehem, also visit the spring on a regular basis. Until recently, Israeli and West Bank Palestinian visitors were frequently seen together at the site.
About six months ago, The Jerusalem Development Authority, the Israel Antiquities Authority and the Israel Nature and Parks Authority began extensive renovation work at the site, which included draining and cleaning the pools, installing better paths and fences, as well as work on a building to serve as an entry area and restaurant. There have also been archaeological excavations there. Ein Haniya, which is due to reopen in about half a year, is expected to become a major tourist attraction and is part of the city’s ongoing development of Metropolitan Park – a large park that will eventually surround Jerusalem from the south and the west.
In recent weeks, the agencies working at the site have held consultations with the Defense Ministry to prepare a plan to move the checkpoint, which is currently about 1.5 kilometers (about 1 mile) from the spring. The aim is to make the site more accessible to Israelis.

One suggestion is to relocate the checkpoint, which will be staffed by soldiers and police, to a site adjacent to the spring itself. Defense officials have been suggesting, however, that it be moved deeper into the West Bank, making it accessible only to Israelis and to Palestinians with permits to be in the area. No final decision has been made on the matter, although sources have said there is no question the checkpoint will be moved from its current location.
In the coming months, work is to resume on the construction of the West Bank security fence in the vicinity of Al-Walaja. The completion of the barrier is expected to prevent villagers from Al-Walaja from being able to reach the spring and agricultural land between the village and the spring. According to the plans, the barrier is to be equipped with gates that would allow farmers access, but past experience has shown that the gates make working the land much more difficult.
Staff at the Israel Nature and Parks Authority have said repeatedly in the past that the continued cultivation of the traditional terraces in the area and continued access by Al-Walaja residents and shepherds to the spring are important in order to preserve the landscape there. They have tried to apply pressure on security officials, so far without success, to allow Al-Walaja residents as free access as possible to the area.
The village residents regard the case of Ein Haniya as the latest spring to which they have been denied access so that the site can be used as a tourist attraction. Another spring, Ein Yalo, was converted into a horse ranch, educational center and fenced-off archaeology site. Ein al- Balad is now known as Ein Itamar, while Ein al-Lik has become Ein Lavan, and both are inside the metropolitan park.
Further complicating the plans for Ein Haniya is the fact that it is a holy site owned by the Armenian Orthodox Church, which believes that an Ethiopian eunuch who spread Christianity in Africa was baptized there. About a month ago about 100 Armenian religious figures, headed by Armenian Patriarch Nourhan Manougian, came to Ein Haniya to perform a religious ceremony. At the end of the ceremony, a group of priests and other members of the congregation protested the development work underway at the site, claiming that Israel was stealing church property.
Government representatives have since met with senior church officials to assure them that the status of the church at the site would not be affected by the renovation work. Manougian publicized a letter vowing to fight to prevent any harm to church property. 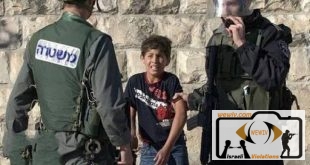