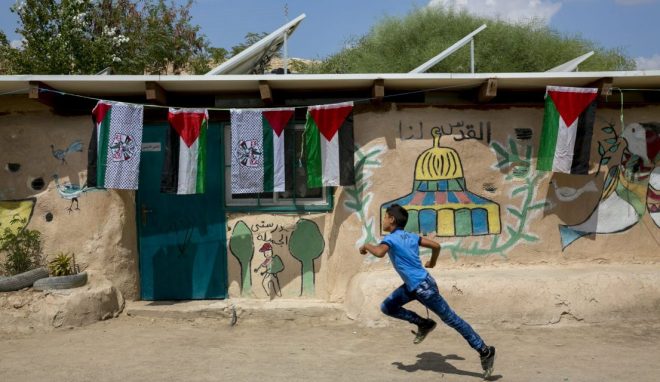 Notifications to Demolish a School

The Israeli occupation forces besieged, on Sunday morning 19/02/2017, Al-Khan Al-Ahmar School known as “Tires school” that follows the Education Directorate of Jerusalem Outskirts, which serves a number of Bedouin communities in Jerusalem Desert.
The Israeli soldiers distributed notifications to demolish some of the classrooms of Tires School, not allowing students and teachers to enter to them.
The Israeli occupation forces imposed a cordon on Al-Khan Al-Ahmar Bedouin community and prevented anyone from accessing it, and raided Tires School, and handed the teachers notifications to demolish several classrooms.