Israeli established a settlement called “Shareyah Tikva” on 1983 on the Palestinian lands of Masha and Saneriah. The settlement was established on lands registered under names of three Israeli companies. We don’t have sufficient information about the nature of the deal signed there but we know that a lot of land deals in the West Bank were reached on basis of fake documents.

The settlement hosts 5700 settlers and it’s a part of a complex containing three settlements: “Kena, Eits Efraim and Orneet” whereas all of them remained inside the separation wall which was established by Israel between 2003 – 2004. Affected by these settlements, thousands of acres (Olive groves) remained inside what is so called “contact area” that was established inside the West Bank. in 2002 the contact area was announced as “closed military zone” against Palestinians only. Palestinians who wish to enter the area have to obtain a special permit by Israelis.

Settlers of “Shareyah Tikva” soon knew that all Palestinian owners of lands are not permitted to enter their own lands, so they established a religious school and a synagogue and games zone then established their streets on the Palestinian lands. A lot of olve groves remained between separation wall and the settlement, therefore, settlers established a horse farm. who in Israel doesn’t wish to have a horse farm on a land for free? 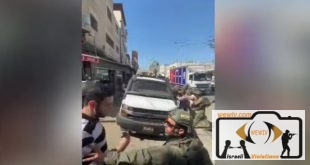 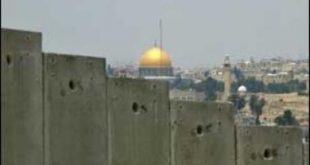 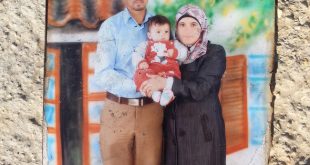 Video – The settlers’ terror does not end – they dance and stab the picture of the baby Ali Dawabsha, who was burned to death in the village of Duma 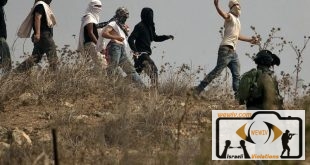