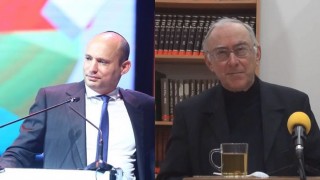 (Ethics Code for Lecturers in Israeli Universities) is Racial and Unethical

This paper is stemmed by the claim that the ethics code is part of the efforts by Israeli right to control and affect the Israeli academic establishment. Bennett, since took his office, started to change the Israeli curriculum to emphasize the Jewish identity with its religious and heritage dimensions, as well as preparing pedagogic  programs aimed at emphasizing this identity in schools which are considered non-religious governmental schools.

The ethics code aims at practicing pressure on Israeli and Palestinian lectures and activists who condemn Israeli actions in the West Bank and who organize anti-occupation movement.

In the same context, the announcement about establishing a medical department in Arael settlement is another step to strike the academic establishment, principally because Israeli universities inside the green line opposed this department, as they did before when opposed recognizing Arael as a university.