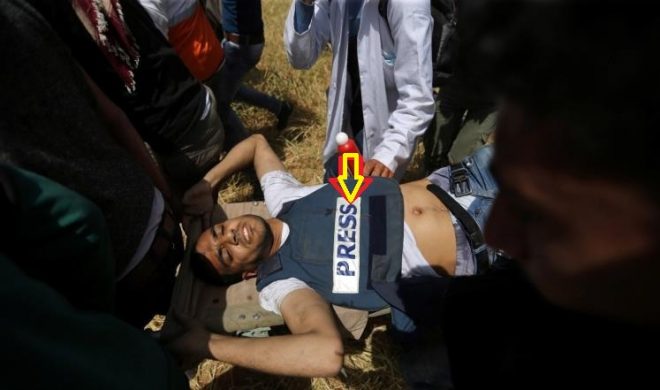 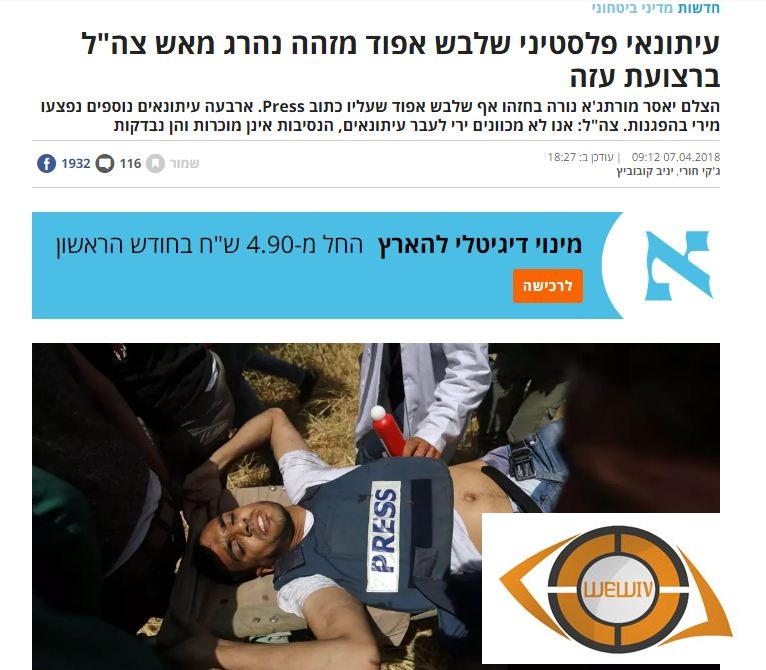 Hebrew “Haaretz” newspaper said that targeting Murtaji took place despite fact that the Israeli occupation army existed on the border with Gaza knew that he was as a journalist and bears the badge of the press.

The newspaper pointed out that Murtaji was targeted at a distance of more than 300 meters from the fence to the east of Gaza when he was following up the rallies for the second consecutive Friday. Four other journalists were targeted in the same way and were wounded.

Witnesses confirmed that the Israeli occupation forces fired live bullets at Murtaja while filming the demonstrators near the separating fence east of Khan Yunis and injured in the abdomen. 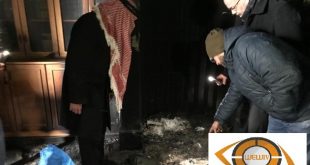