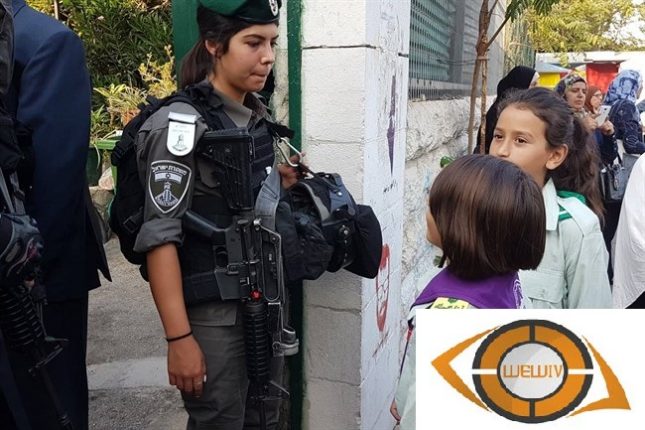 In continuation of occupation policy, of preventing Palestinians from living a natural life on the occupied city of Jerusalem, Israeli occupation intelligence prevented on Wednesday 3-10-2018 a cultural ceremonial event in Jerusalem, by a decision made by integral security minister, Jilaad Ardan, under the pretext of being sponsored by Palestinian Authority.
The event was organized by “Jerusalem Intellectuals Forum” , aiming to honor a group of men and women in Jerusalem, in the 20th anniversary of the death of the Jerusalem educator Hosni al-Ashhab, in the school of Dar al-Tefl. Minutes before launching the event, Israeli intelligence members and police stormed the ceremony hall and held identity cards of all attendees, then forced all of them to evacuate the place. They confiscated all gifts before giving some of them summons.
Abu Afifa said that the event was to honor the deceased Hosni al-Ashab after 20 years of his death, in order to talk about his role in education sector in Jerusalem, and his role in Jerusalem schools during 50 years.
Abu Afifa condemned storming the hall and prevention of this education and cultural event which has nothing to do with politics.