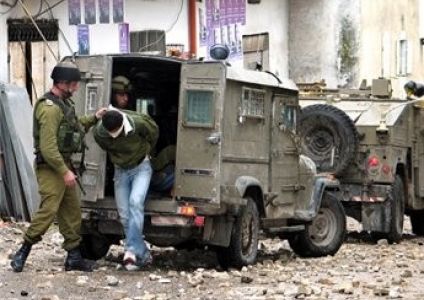 Nablus – IOF raided the town of Awarta under the protection of hundreds of soldiers and searched a number of houses and arrested a number of youths including Ayman Hani Darawshe 25-year-old and Mahmoud Awad Awwad.

Hebron – IOF raided the city of Hebron and arrested Rami and Ameer Qasrawi.