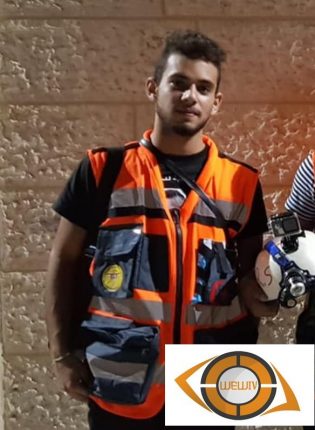 Documentations and field follow-ups conducted by Al-Haq institutuin revealed that the paramedic Sajed Mozher, 17 year-old, was executed outside law by Israeli occupation forces on 27 March, 2019, in the Duheshe refugee camp, in the  occupied West Bank,  while wearing health service uniform, and while doing his job in the field of saving injuries. Al-Haq has provided definitive evidence that refutes occupation claims.

Israel, in its capacity as an occupation force, bears full responsibility for execution outside law of the paramedic as Sajed Mozher, as well as unjustified and illegal use of deadly force against Sajed, while doing his job as one of medical team members.

Member states of Jeneva convention, or Roma basic law for international criminal law, must bear their responsibility in the practice of criminal authority, and therefore, arrest the persons who committed this crime against Sajed.

The United Nations High Commissioner for Human Rights must enhance their field presence in the occupied Palestinian land, according to the accountability draft of A/HRC/40/L.25 adopted by human rights council on 22 March, 2019.

Al-Haq institution expresses its deep concern over the unknown nature of live ammunition used by IOF against the paramedic Sajed from a distance of 80  – 100 meters, and in particular, the bullet that remained in Sajed’s body, without any exit for the bullet, which lead to deterioration of his health.

Al-Haq institution call for international Health Organization in Palestine to collect all information related to the paramedic, and to address this issue in a broader context in which Israel continues its regular attacks against medical institutions and teams in Palestine.

Al-Haq institutions reaffirms that the international Criminal Court is the international independent Judicial body that is able to end immunity of Israel’s crimes in occupied Palestine, as well as activating efficient deterrence against future crimes, and providing justice to Palestinian residents.