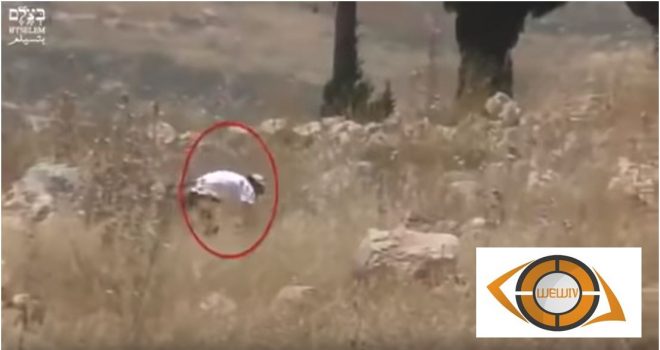 Israeli occupation army is not only protecting Israeli settler gangs which practice terrorism against Palestinians, But its soldiers themselves are practicing terrorist acts against Palestinians, too. Haaretz Newspaper revealed that, after Betselem organization exposed settlers gangs burning agricultural lands owned by Palestinians near Nablus, Israeli army confessed that the person in the video burning Palestinian lands las week between the settlement of Yetzhar and Oreef town is really one of the Israeli soldiers. Israeli police said that the solider has not been arrested yet.

Haaretz said that the suspect who appeared burning Palestinian fields in the video is a soldier on vacation.