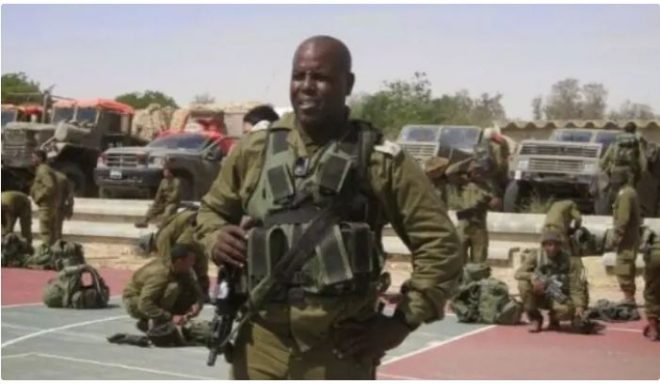 Because He is an Arab and Bedouin, The settlement of Kerem Shalom Doesn’t let An officer in Occupation Army to Live In

Away from the lie that Israeli is democracy and equal state in the middle east, the fact is that racism mania is what rules the Israeli society.

Waheed al-Hazeel, Senior officer in Israeli occupation army, from Bedouin origin, is talking about his disappointment from lack of equality in Israel, stating that this fact has been reached by him despite he served tens of years in the Israeli security, and being wounded during clashes with Palestinians and Arabs.

He describes himself as the first defender of this settlement before getting retired.

The retired officer says that he acknowledged two years ago with the need of the settlement to absorb more Israeli families to live in. This is what urged him to contact relative numbers. but once the employee heard his name, and knew he is an Arab, he replied saying “this place is not suitable for you”. the officer now thinks that serving in Israeli army for 23 years has not guaranteed equality for him.

Al-Hazeel says that equality in Israeli can be achieved especially after issuing National low. He says “I’m proud to serve in the army for 23 years, but I doubt to serve it again after what happened”.